A Tale of Two Protests: February 2022 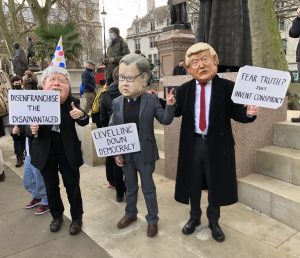 “It was the best of times, it was the worst of times.” One week in February 2022 captured the essence of the opening paragraph of Dickens’ masterpiece, A Tale of Two Cities. The contradictions of life in 18th century Paris and London, that Dickens considered his 19th century readers would identify with, are ever present […]

The Day the Music Died? 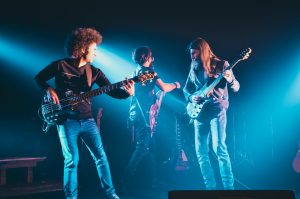 Write to us at editor@westenglandbylines.co.uk When Big Ben rang in the New Year at midnight on 31 December 2020 it sounded the death knell of the transition period, the end of the UK’s membership of the Single Market and the start of the hard Brexit most were dreading. The first few months of 2021 have been […]

Where have all the ‘bEUrets’ gone?

On the morning of 1 February 2020, as scenes of the previous night’s Brexit celebrations were being broadcast on the news, our Bath for Europe twitter feed was inundated with posts on the ‘Still here? Time to piss off and go home’ theme. Following the December 2019 General Election the mood was grim and, for […]